Is ‘Big Data’ out of fashion ?

Home > PR and Communications  > Is ‘Big Data’ out of fashion ? 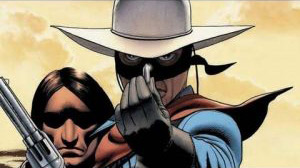 Posted at 20:19h in PR and Communications, Strategy by chris@precisionpr.co.uk

Hero to Zero at the speed of a new buzz-word

Last year, as far as I could could make out, the world was about to be saved by ‘Big Data’. The phrase was EVERYWHERE, and the idea was being used for everything you could possibly imagine. But what wasn’t clear was what it actually meant. This year, for what ever reason, ‘Big Data’ doesn’t seem to make its presence felt so often in the news. I wonder why that might be? 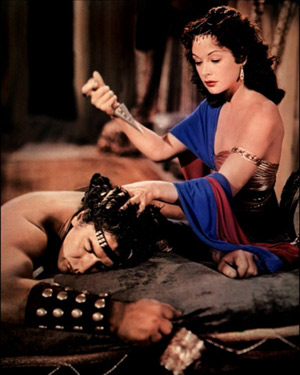 Delilah proved to Samson that buzzwords are like haircuts : a new one reduces the power of an old one, even it it was actually a good one

Back in the day, I was International PR Manager for Hyperion Solutions Inc (now the data analysis division of Oracle Corp). Hyperion Solutions Inc. was result of the 1998 merger of two companies – Arbor and Hyperion Software. Arbor created the concept of OLAP (OnLine Analytical Processing) and the first genuine OLAP product, Essbase (still published by Oracle). Hyperion Software developed several critical back-room financial analysis applications. Together they created a company with great connections and a portfolio of tools, platforms and applications to cover just about every type of data analysis that a business could dream of.

But in the four years that I spent there NO-ONE ever said ‘Big Data’.  So what the Hell is it?

Wikipedia seems a sensible place to start. It defines Big Data thus: “Big data is a term for data sets that are so large or complex that traditional data processing application software is inadequate to deal with them..”  But it then goes on to say; “Lately, the term “big data” tends to refer to the use of predictive analytics, user behavior analytics, or certain other advanced data analytics methods that extract value from data, and seldom to a particular size of data set.”

For me personally, herein lies the problem. I hate the way that people create flip little descriptors for immensely complex problems that few people really understand. More to the point, I hate them then getting picked-up and used by people who want to sound like they know what they’re talking about (but who obviously don’t). Not only that but the nonsense continued to suggest that people could draw conclusions by analysing large volumes of unrelated data.

Well, I don’t think you can. In fact, I’m pretty positive that you can’t because the answer you would get would be stupid. You would get things like; 53% of men over 45 wish they had owned a Ford Capri while only 15% had ever heard of butter nut squash, therefore we should target our new soap powder at women who own a Ford Capri but dislike butter nut squash and related products.  That’s basically NOT how these things work.

Worse than that, commentators and journalists really should know better, but frequently suggest disparate [types of] data can be used to create insight. For example, photographs, maps, statistics and temperature. Can you think of anything you could work out from that?

The Silver Bullet solves only one problem

Please note – silver bullets only ever solve one problem and magic wands don’t exist. More to the point, last year I read so much non-sense about ‘Big Data’ being ‘implemented’ by companies that (frankly) hadn’t even been making proper use of ‘ordinary data’.

Rant over – and back to Hyperion. Soon after I joined we got a new CFO. Preparing for his first board meeting David Odell allegedly received reports on over 200 different financial metrics from around the company, many conflicting with each other, and all just too vast to draw any real conclusion.

I don’t actually know what was said in the meeting, but he redefined the metrics driving Hyperion. From then on we were governed by just four measures. From that point the company joined together and worked towards improvement on just those four points. They were big points, reducing the amount of work not yet paid for, increasing revenue and improving profit. And that’s the real point. Data needs to be timely, accurate and ACTIONABLE. Otherwise it’s a waste of time.

Companies and people respond to targets and how they are measured. If you measure the wrong thing and set the wrong target you end up with the wrong result.

We’re all aware of the banking crisis, now about nine years old. Very few of the bankers who caused that did anything actually wrong, and in fact many over performed against their targets (there were of course exceptions). However, in setting individual targets that encouraged behaviour that unsettled the overall business balance their employers ensured that something would eventually go wrong. And it did !

And the point is …

So my point is this. Data analysis is a good thing. Target setting is a good thing. Be very clear in your over all aim. Use measurements to track progress that are simple enough to analyse quickly and unambiguous enough to reassess and react to things going wrong (or right).

Don’t get caught up in the tail-end of the Big Data fashion parade. Workout what makes YOUR business tick and devise simple ways to measure it’s progress and to incentivise the behaviour of your team and staff.