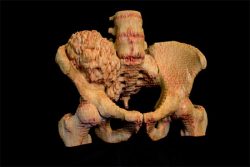 Back in the late 1990’s I was working as an PR consultant for Insight Marketing & Communications Limited, which at the time was one of the UK’s leading technology PR agencies. My favourite client was a company SDRC Inc. This was a high-end computer-aided design (CAD) software vendor, now owned by Siemens.

SDRC was a pioneer of ‘solid modelling’ – a technique that built engineering designs in 3D. Around the same time, the world of medical physics was trying to build 3D models using data from digital x-ray and tomography systems. I was lucky enough to handle one of the first successful case studies. My story told how CAD/CAM would revolutionise surgery, and was carried by The Times.

Spinal Tumours and The Times

SDRC had been working with several hospitals in the USA. The aim was to link images from Computed Tomography (CT or CAT scanning) together to create a 3D model. They succeeded and created realistic images that could be viewed on a workstation. These presented a ‘whole’ image rather than the series of slices that result from CT and Magnetic Resonance Imaging (MRI). The story they published was from a children’s hospital, and the subject was a spinal tumour.

What the new technique enabled was amazing. It allowed the surgery team to plan their work in incredible detail. By allowing them to rotate the model they could better understand the impact it was having on surrounding tissues, and the best way of removing it without causing additional damage. It wasn’t long before surgeons were linking CAD models to Stereo Lithorgraphy (STL) machines, and 3D Printing (a phrase that came to prominence years later) had come to medicine.

And a few years later

As is the way, other CAD companies realised the potential of the technique, creating a market that drove down the price and improved the technology. Cheaper 3D printing devices using less exotic materials emerged, and 3D modelling CAD tools became a lot more widely available. But it also became more sophisticated, both in the uses the technique has been put to and the extent to which it can be exploited. 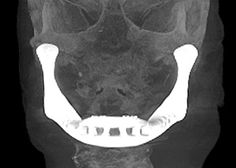 3D Printing techniques can be adopted for a variety of materials. You can make plastic models very cheaply using coloured plastic filament. These are brilliant for illustrative requirements. However, you can also use other equipment to work with specialist materials such as tungsten alloys. These can be used to create structural components or medical implants and other, more sophisticated devices.

The use of 3D modelling to create physical devices is ever expending. Ben Baker, MD of Pearl Dental Software says; “The 3D printing of guides for dental implants and for devices such as orthodontic removable appliances is becoming commonplace in the USA. I’m are sure they will soon be commonplace in the UK”.

Orthopaedic doctors and plastic surgeons are already pressing ahead with 3D printing systems that create structures from living bone and cartilage cells. 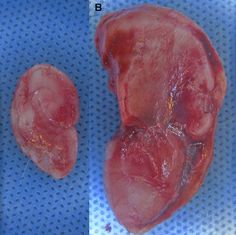 Combining the technologies of CAD and 3D printing, together with CERAC milling machines, dentists and surgeons are very soon going to be able to create the most amazing appliances and devices, and to deliver unheard of treatments.

For me, 3D-Printing and 3D-modelling are fascinating subjects. I have been involved with CAD systems since 1984 (obviously 2D at that time). They have been a constant source of astonishment, whether used in medicine or in engineering.

If you have a comment, or if you are interested in 3D printing or solid modelling for dental or medical applications, please get in touch. We always want to learn more about how people use these technologies.

You might also be interested to read; “Using imaging technologies to enhance patient care : Don’t Forget the Patient” by Dr Iulian Popescu.