Posted at 12:22h in Uncategorized by chris@precisionpr.co.uk 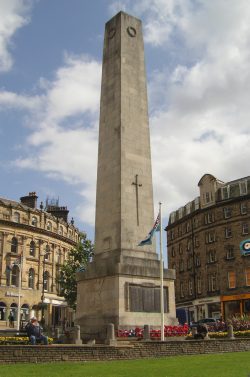 This is a post about my daughter. I make no apology for that – not even to her. And certainly not to her soon-to-be-ex-employers.

My daughter is a Cadet Warrant Officer (CWO) in the Air Training Corps (the ATC or the Air Cadets). That’s a pretty significant achievement, and represents a considerable level of responsibility and trust placed in her by the adult staff of 58 (Harrogate) Squadron. It also means she recieves great respect from the younger cadets, because without that respect, she couldn’t do what she does. And what a CWO does is handles the daily running of the squadron.

George (my daughter) has been a cadet since she was 13. She decided that she would like to join the Royal Air Force (RAF), and the ATC allows her to learn more about it and gain relevant experience to help her through the selection process. She’s currently going through selection for Officer Training, but in the meantime she’s working in retail.

As part of her work within the ATC, she has collected money for the British Legion by selling Poppies, and for the RAF Benevolent Fund every year since joining – and regularly tops the list of collectors at the squadron. As she’s 19 years of age, this year is her last year within the ATC before she ‘ages out’ on her birthday in December.

Why this matters to George

George has been working for a local firm. In fact, she’s been working very hard for that firm having been promoted to store manager earlier this year. She’s made a success of her shop and is diligent about staffing, targets, stock control – every aspect. But she’s only 19, and working over-time (usually unclaimed and unpaid), plus a train and bus (or two buses) journey home interferes with her work at ATC and the fitness work she has to complete for her RAF selection.

Because she wants to take part in a ATC competition (the national drill championships) she needed a weekend off. Because she needed that weekend off, George was not allowed to take time off on the Saturdays leading to Remembrance Sunday in order to collect for the British Legion. Because the company that she works for has a different ‘nominated charity’ she was not allowed to have a British Legion collecting box on her shop counter. And because of that, the straw has broken the camel’s back, and she has resigned to take a less-pressured job closer to home and just down the road from her gym.

Why this matters to employers

George comes from a family with quite a bit of military history. She has a 2nd cousin who served 21-years in the Royal Navy. Her grandfather and his two brothers served in the British Army, and two of their cousins were an Army helicopter pilot and an Army bomb disposal officer who served in Northern Ireland during ‘the Troubles’. Her great-grandfather served in the Merchant Navy on troop and ammunition ships in the Mediterranean, including at Gallipoli where two of his brothers were killed fighting for the Australian army. Their sister married an Regimental Sergeant Major who had served on The Western Front, and two of George’s great-grandmother’s brothers were killed at Passchendaele in that same conflict.

Add to that George’s stated desire to join the forces and the fact that her boyfriend has just completed Elementary Flying School within his RAF service, and you can see that Remembrance Sunday and Battle of Britain Day (the RAF Benevolent Fund’s day of commemoration) are pretty important to her.

Her employers could very easily have understood this, and could have helped her organise cover. At the very least they could have allowed her to collect for her chosen causes in their shop. But no … instead they have lost a diligent, hard-working and effective shop manager just before Christmas.

It’s simple. If you want to retain key staff you need to find out what will keep them happy. George’s employer could so easily have accommodated her or compromised with her. Instead they acted without taking notice of something important to her, and which surely everyone else saw as a fantastic activity by her. The result was she is leaving them to go to someone more accommodating, more flexible and more appreciative of her cadet and charitable works.

So if someone asks you if they can have support for a community or charitable activity, maybe find out why it’s important to them before you respond.

Written by a proud Dad 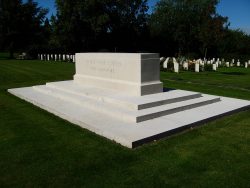 ps. George sold Poppies in her lunchtime and on her way home instead. On Remembrance Sunday she laid the wreath on behalf of the ATC at Harrogate’s cenotaph, and led the ATC contingent on parade at Harrogate’s Commonwealth War Graves, Stonefall Cemetery..