It’s all in the name

Home > Engineering & Manufacturing  > It’s all in the name

Posted at 14:34h in Engineering & Manufacturing, Imaging by chris@precisionpr.co.uk 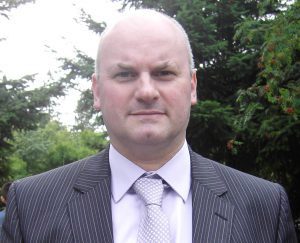 One day a couple of years ago, I looked up from my desk, glanced at a paper, and discovered that someone had invented 3D-Printing. Except they hadn’t.

Once I worked out what was being described I realised that I wrote about it 20-odd years ago (in a publication called Time Compression Technologies) while working with one of my CAD clients. So long ago that it’s no-longer in the magazine’s online archive.

So what’s the fuss over 3D-Printing all about given that it would appear people were using the technique decades ago? Why do I feel so annoyed by the current fashion to 3D-Print everything, and even more annoyed by the media’s fascination for 3D-Printing?

To my mind, it’s all in the name – and I’m jealous. Jealous that I didn’t think of that name at the time, because I’m sure it would have got masses of publicity for my client and made a personal fortune for me. But I didn’t, and instead focussed my efforts on writing complicated technical descriptions for niche publications read by the handful of engineers and industrial designers who ‘got it’. And because a few more of them eventually got it, we’re here today. Only it’s got a new name and EVERYONE gets it. Or do they?

3D-Printing is (in my opinion) wrongly used by the press more often than it used correctly. What is often meant by 3D-Printing is actually Additive Manufacturing or AM. This refers to manufacturing techniques where components are made by adding material rather than cutting or moulding material. 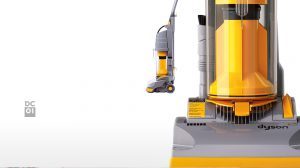 ‘Back in the day’, we called it ‘Rapid Prototyping’. 3D CAD products were just becoming mainstream (though they were still hugely expensive) and their ability to create new designs through computer models was opening new doors for engineers and industrial designers. Vehicle manufacturers were using them to create simulations of aerodynamic performance and even crash-testing designs before building a single car. Domestic appliance designers were using 3D CAD to create visually exciting products that also happened to be vastly more efficient. It was all going on.

Around that time, software developers created Computer Aided Manufacturing – the CAM part of CAD/CAM. Linking the two ideas meant that they could create instructions to drive computer controlled tools straight from the CAD model. The design was simply converted into the code needed to guide milling machines, lathes, etc. in order to create the moulds and other tools needed for production.

In the early 1980s some bright spark realised that they could use a CAD/CAM tool path to guide a laser. The laser could then be used to precisely cut materials, or to cure photo-hardening polymers. This could then be used to create prototype products quickly and much more cheaply than first creating the production tooling. Users (increasingly ‘consumers’) could react to the design before it was committed to manufacturing. The rapid prototype was born.

At the time this technology was still expensive. As well as the complex software and powerful workstations needed, you needed complex devices to manage unpleasant chemicals, and you needed skilled model-makers to assemble the parts and create a realistic finish. But it was still better than pulling a few out of a warehouse only to find the public prefers a different colour and wants it longer.

3D-Printing – so what is all the fuss about?

The buzz-phrase is ‘democratisation of technology’. Basically, as the idea has become more mainstream, people have found new ways of doing cheaper, better and simpler.

While writing about Rapid Prototyping in the late nineties, a parallel technology was also developing – Inkjet printing. This was originally designed for 2-D printing on paper and similar substrates. Combining this technology with materials that could be deposited to create a 3-D object has given rise to a whole group of relatively cheap ‘deposition’ devices for 3D-Printing and AM.

So let’s look as a few 3D-Printing technologies 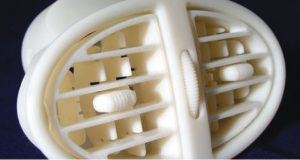 The Granddad of 3-D printing. Developed in the early 1980’s, lasers are used to create layer-upon-layer of the model from photo-hardened polymer resin. The laser shines on the surfaces and the printed item is lowered into the bath of polymer layer-by-layer as it cures. This technique was one of the first used by industrial designers to create ‘rapid prototypes’ of products (such as mobile ‘phones) for consumer testing.

Stereolithography – how it works (source: www.i.materialise.com)

The development of stereolithography led to the creation of the STL file format, widely used by multiple 3D-Printing technologies. It can create accurate models, but is a complex and expensive technique, and strength depends on the material used. 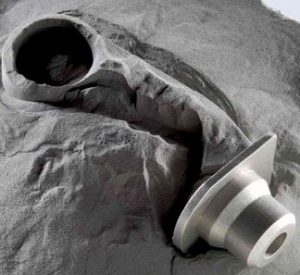 Items made like this can be used in production or for prototyping, but like all 3D-Printing techniques, design and the material used have a big influence on strength and accuracy, and it is therefore not always a suitable technique for all production components. Additional design work and modified tool paths might also be required to achieve desired results.

For long production runs, other techniques might be quicker or cheaper, but metal sintering opens new opportunities for customised and short run components. 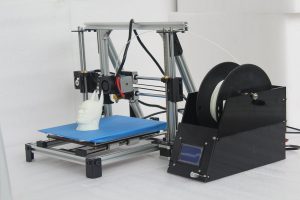 Fused deposition modelling (FDM) is the technique that most people think of when they use the phrase 3D-Prnting.

FDM most frequently refers to models made of small beads of thermoplastic resin that is deposited hot and sticks to previous layers as it cools. This is a highly scalable technique that can be used for everything from hobbyist and model making uses, to creating complex industrial components for test rigs or specialist equipment. 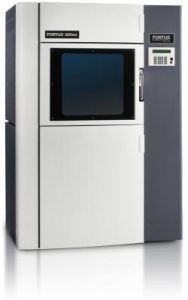 Again, strength depends of design and material. It often has a ‘grained’ strength like wood, which exhibits great tensile or compressive strength in one direction but might be weak in torsion, or deformable in another direction.

The resolution of the finished item depends on many factors, and use of 3D-Printing and AM techniques should always take this into account when considering any application. But let’s face it – this group of technologies are here to stay.

Industrial 3D-Printers costing six-figure sums are in common use, and hobbyist machines costing just a few hundred pounds are mainstream. There are other technologie0s, and all are becoming more refined and everyday.

I’m proud to have done my bit for stereo lithography, rapid prototyping and 3D-Printing. I just wish I’d thought of the name.