Posted at 16:40h in News Stories by chris@precisionpr.co.uk

Prime Minister Theresa May has called a surprise general election.  Despite making it clear that she did not wish to call an early election (the Fixed Parliament Act mandates five-year parliaments unless certain conditions are met) she is seeking consent in Parliament for an election on 8th June. 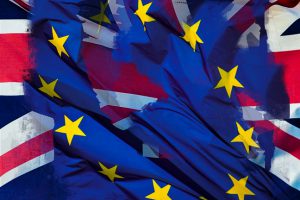 What does this mean for business?

I think this means a couple of things that are likely to be good for business, if not necessarily for the country as a whole.

Mrs May became Prime Minister after the Government headed by David Cameron lost the referendum on Europe last year. Since that time she has been trying to make sense of the huge technical and legal minefield that ‘Brexit’ will cause. Yet at the same time she has had to deal with opposition parties politicising that result for their own ends (fair enough – that’s what oppositions do) AND the squabbling within her own party about how much ‘Brexit’ we should have (which isn’t exactly helpful).

Add to this we have a main opposition party that is pulling itself to pieces, with a parliamentary party trying to head one way on Brexit, and a grass-roots party of activists heading in another – while neither side seems to be talking to its (rather effective) Peers in the upper house.

The sum of this is uncertainty – something that very few businesses want or need. Even those businesses that claim to be ‘disruptors’ need to know what it is they are disrupting, and need stability for long enough to get their act together. Uncertainty does not create the stability needed by businesses.

So how will this help business?

The Conservative Party needs to agree a new manifesto that spells out a plan for Britain as it leaves the EU – the last manifesto assumed the UK would stay within the EU. If they win then we will have a Government with a clear direction for negotiations.

The Labour Party has a mountain to climb (called Scotland) if it is to win control of Parliament. If it fails, an election will at least lead it to settle its internal divisions and allow it to become an effective opposition.

And the Scottish National Party (currently the third-largest party) has the chance to re-state a case for Scottish independence, potentially settling another argument.

In any scenario, the next government should have five years to focus on making a success of Brexit without the distraction of another General Election. That means greater economic and political stability, and that in turn means increased predictability and reduced risk for the business community. Essentially, both British and International businesses will be better able to see how they can make a success of a post-Brexit Britain. 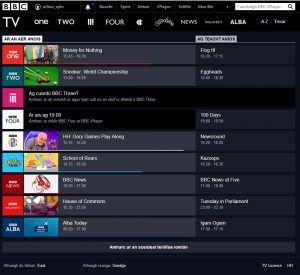 On the BBC – Tuesday 18th April

Is this a good time to invest in Britain?

Until we get the results in June it is impossible to predict Britain’s stance towards future relations with the EU and this is bound to have a significant effect on the economy and the political environment within the UK.  Resolving this uncertainty will also help stability within the EU.

In my opinion, Teresa May’s decision to go to the country will be a good thing businesses, particularly those looking to make long- and mid-term investments.

However, the General Election will occur just a month after local government elections, and as a British subject, I’m fed up with it all and I’d just like my Thursday night TV schedules to be left alone for a while please.

ps. Does anyone know why the BBC website shows my viewing schedules in Gaelic?