3D-Printers everywhere – a review of the TCT Show

Home > Exhibitions  > 3D-Printers everywhere – a review of the TCT Show 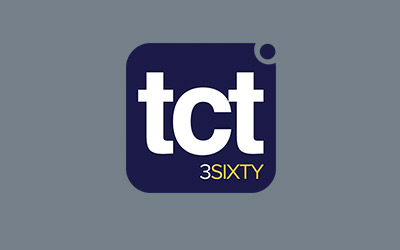 27 Sep 3D-Printers everywhere – a review of the TCT Show

Posted at 13:43h in Exhibitions, PR and Communications by dawn0206

My impression of the TCT Show, September 2019

I’ve been to many CAD/CAM and Manufacturing shows, but I think yesterday was my first visit to the TCT Show in Birmingham’s NEC. 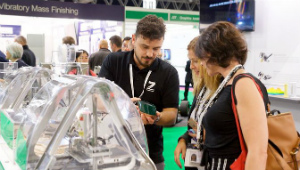 The show ran from Tuesday 24th to Thursday 26th September. I chose to visit on the last day because I hoped it would be quiet. However, I wasn’t quite prepared for how quiet it was. Admittedly I didn’t arrive unto after 12:15 (due to an argument with an ‘upgrade’ on my ‘phone), but it was very quiet. Good news is that Wednesday had been very busy, and Tuesday was also reasonably brisk.

The organisers had chosen Halls 3 and 3a, and the show certainly didn’t seem lost in the space. Most of the 137 exhibitors had decent sized stands. One or two were spectacular (Stratasys probably won that little battle), but most were not overpowering and were nicely put together.

A point I must take issue with is the organisers claim on the website that there were 300 exhibitors. If there were, then 163 didn’t make entries in the catalogue. In fairness though, something that I quite liked was that several of the big stands had a lead-brand and then a number of others making-up their ecosystem to provide a more complete service offering. So if that’s how they reached their total of 300 exhibitors then maybe, but I think it’s a hard claim to justify, as is (I suspect) the 10,000+ visitors they claim. But that’s just a niggle worth remembering when you negotiate for a stand next year.

A benefit (for me) of the show being quiet was that people staffing the exhibition stands were not pushed for time and were happy to talk, even though they knew I was ‘selling and learning’.

The theme that dominated the show was without doubt 3D-Printing. The SLA models I first wrote about 20+ years ago are still there, but they have been joined by a range of other techniques. Each has its strengths and weaknesses, but the most astonishing to me were the systems that print in metal.
Laser sintering of metal has really taken off, with exhibitors displaying aircraft components in titanium, jewellery in gold and many other amazingly complex items that would be impossible to make economically any way other than using 3D-printing technology.

There will always be a place for 4 and 5-axis milling devices. One of them has been an area I’m currently very familiar with – dentistry. However, I even saw one company (Zortrax) that was 3D-Printing dental crowns and inlays. It appears that the range of applications for 3D-Printing is bounded only by what people are prepared to try.

Another technique that intrigued me was the layered wire system demonstrated by Cranfield University. This technique builds high strength items by layering wire and welding it together. They had a very impressive story to tell.

There were also a number of people demonstrating milling and cutting systems, but I’m a ‘software guy’ at heart, and I was disappointed by the lack (or at least visibility) of CAD systems on show. But I was taken by Open Mind Technologies and their hyperMILL system. This is a focused CAM system. Yes, it reads CAD designs, and yes, it can modify them. But it is focused on making a design manufacturable – turning designs into practical tool-paths that work in a production environment. I like that approach, and it is rare to find a CAD/CAM/CAE vendor leading with the CAM component.

Catering seemed adequate, but it’s difficult to judge with so few people there. But the coffee stall smelled very nice. Less pleasant was the £16 parking fee.
Again, probably because I was there on a quiet day, the busses had seats available, the car park had places to park, and there were no traffic issues with getting off the site – I’m going to start going to the NEC for the last afternoon of shows in future.

I didn’t go to any lectures or presentations, but there was a full programme, so well done to the organisers.

Another nice touch was the TCT Connect meeting area. I didn’t use this because I wasn’t sure what time I’d be at the show, but I’m certainly going to try it next year. Essentially, when you register, you can book a meeting table on the TCT Connect stand and meet exhibitors etc (if they agree) in a quiet, more relaxed space than their stand. Again, they were empty on Thursday, but full on Wednesday – worth a thought for next year. 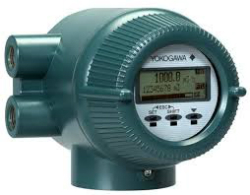 My badge for TCT also allowed me to enter ‘Sensors & Instrumentation Live’ next door in Hall 2. This was a small exhibition with about 50 stands. It was running over Wednesday and Thursday and was pretty dead by the time I went in on late Thursday afternoon.

I heard very different opinions about how busy it was from different exhibitors. One chap I spoke to on a stand that was near the entrance said it had been very quiet for both days. Whereas a stand tucked away, right at the back of the hall, told me they had only just slowed down having been busy both days.

Because of the work I’ve done in the past (with Yokogawa), I guess I’m attuned to flow meters, but there did seem to be a lot of people showing flow meters. I really only registered pressure sensors and electronic test equipment beyond this, but I was very impressed by a circuit testing system shown by Devtank. Top Hex’s interfacing system was also of interest, and they certainly had the best presented stand in ‘Sensors & Instrumentation Live’.

Yes, I’d say so. Even though I was streaming with cold and the person I specifically went to see wasn’t expecting me, and even though my ‘phone was trying to get me to launch it across the half-empty car park, I had a really good afternoon. I learned a lot and met some very nice, unhurried and friendly people prepared to give their time to explain their products, and to discuss any possibilities of working with Precision PR in the future.
And attending on the last afternoon is a strategy I will be following again and would recommend to others.

Chris Webb has been working with manufacturing, logistics and engineering design systems since 1984. Having worked on brands such as SDRC-IDEAS, Solidworks, CATIA, Epson, Brother, SSI, SSA, QAD and Adatsys (and many others) he has an excellent understanding of engineering and manufacturing processes, and some great press contacts. For more information, contact us on 07432 189149 or email chris@precisionpr.co.uk

Dawn Li is a freelance graphic designer and website developer. Dawn works with Precision PR as our principal designer and has created several websites as part of our team.